The vital aptitude of Rongdhanu Group is the company management team. Rongdhanu is mentored by an efficient and highly successful management team. It has become well established as a top tier business establishment of Bangladesh with the group consisting of more than 10 companies and employing more than 3,000 people.
Alhaj Rafiqul Islam, is the founder of Rongdhanu Group. Rongdhanu Group is reknown as one of the venture in Bangladesh employing over 3000 people with footsteps in the real estate sector, agro & beverages, oil, jewellery, hotel and super store.

Under the leadership of Alhaj Rafiqul Islam, aim of making a significant contribution to the country development and self sufficiency. Its progress and diversification have paralleled the growth of the Bangladeshi economy – as was the vision of the Group’s founder, Alhaj Rafiqul Islam

Alhaj Rafiqul Islam is Director of Bashundha Group one of the largest industrial conglomerates of Bangladesh.

Kawsar Ahmed completed his Graduation in Business Management from Coventry University of United Kingdom. He started his business career in working side by side with his father Alhaj Rafiqul Islam.

His key focus and expertise in the establishment and development of new and innovative projects for Rongdhanu Group.

The era of information and communication technology has changed the world with a whisker and now communication has emerged as the key to trade and development. The rapid development of information and communication technology has turned the world into a global village. Moreover globalization and its all pervasive impacts on states and their economies have made life more competitive, complex and technology driven. Proximity has turned meaningless as the world is now in the tip of a finger and economy the ultimate focus of a nation and national life. Inter-state trading dependence, investment potentials and free flow of information and raw materials have made the world thriving on the edge of competitiveness. Now ‘staying competitive’ is the key to survival in today’s world of business where quality rules and standard products and services sneak in shedding physical boundaries. Now, the recent global recession and its impacts have shown yet another challenge and the bitter side of the globalization. But despite the global challenges and its impacts on local economy, Rongdhonu Group has kept on its forward march with visionary goal, best use of its human resources and meticulous planning. Varied range of products with ensured standard, quality services and most effective managerial efficiencies have made the company a market leader in the respective sectors of its operation. Keeping main focus on business expansion and growth in the most prospective sectors, the group is continuously taking up projects to make it the largest conglomerate in the business arena of Bangladesh despite fast-changing business trend and tricky situation

Depending on the firm foundation and highly professional human resources, the Rongdhonu Group is still making good use of its business potentials and also contributing to the development of the local corporate culture and making a significant contribution to the overall development of the country and its economy. But despite intriguing growth and business expansion, the company’s aims and objectives remain the same – to serve people with maximum satisfaction and keep on working for the greater welfare of the people and the country. Still each and every Rongdhonu Group companies care for their clients as their obligation and customer satisfaction remains the key to their success. 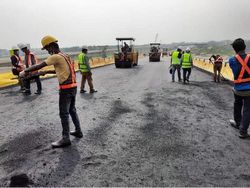