Column by Mahfuz Anam: We used to have such elections, once

About the just-concluded West Bengal assembly elections, there are three things to celebrate and one to be worried about. The celebrations are for the fact that: a) people's will got expressed and to that extent democracy worked; b) religion-based politics took a battering, but only just; and c) a new charismatic woman leader has emerged whose sheer willpower, inexhaustible energy, fighting spirit, self-belief and personal honesty could inspire a whole generation of young leaders who may be able to steer India away from today's corrupt politics and also be an example for the region.

It is most gratifying to see democracy in operation next door while in many countries, including ours, we are witnessing a highly controlled expression of people's will and a gradual denigration of individual rights and freedoms. With governments becoming more and more powerful, with public money being increasingly usurped by those holding power for personal and party politicking purposes, and with newer technologies empowering governments to spy on their citizens, manipulate both their perception and opinion, control freedom of expression and punish and even eliminate critics—the overall democratic culture is on the wane, to say the least. In such an environment, to see a regional party headed by a woman stand up against a giant of a party with an unending financial war chest and inexhaustible muscle power, and defeat the politics of hatred and division through democracy's most vital instrument—elections—is indeed heart-warming for every lover of democracy.

Pentagon not to talk to Taliban for airstrikes 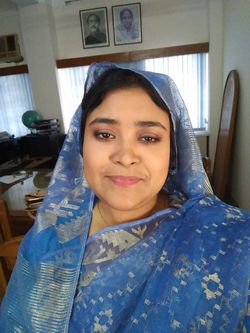 Universities prepare to reopen by October